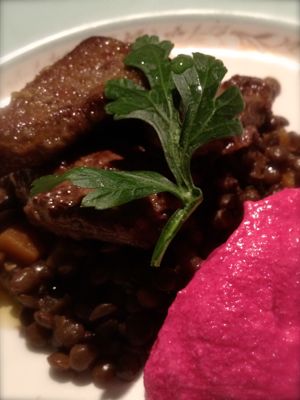 Along with almost every other journo in Grub Street, I have been asked to write about ‘cheap eating’ and have just written an article (published in today’s Irish Examiner) about saving money on food shopping for the family, specifically, how to buy meat for less.

Following Jamie Oliver’s recent and, unfortunately, rather clumsy and crass efforts to publicise his latest book and TV series, it is very much in the zeitgeist but, in my defence, it is something I have been practicing for many years, particularly since 2006 when I instigated my own personal recession long before it became the fashion.

By the time the real thing rolled around in 2008, I was already fully in the swing of things and have been putting together material on the subject ever since (including an extensive 2010 feature which was shelved, to make way for some celebrity birth/marriage/death, and which never subsequently saw the light of day.) Over the coming months, I’ll be posting more on the subject.

The initial commission and eventual headline both mention ‘Cheap Cuts’ but that would not have been my personal choice of phrase. I don’t like the word ‘cheap’, it implies a sacrifice of quality (taste, nutritional value, provenance) in return for a fiscal saving. I prefer the word ‘inexpensive’ and my philosophy is to always try and get the very best possible produce while paying the very least for it—to me, the supermarket is the place of last resort. You’ll certainly be hearing more on that!

BTW the above pic is of a course I served at a recent dinner for six people, most who hadn’t eaten liver in decades but were immediately reconverted. The total cost of that course was €3.

2 comments on “More Than Just a Cheap Cut”