Another lovely little bit of news for Irish craft beer drinkers (and anyone else in Ireland who claims to be fond of a pint) comes with the arrival of a new brewing company, launching three new beers.

Cork-based Elbow Lane will be debuting Angel Stout, Wisdom Ale and Elbow Lager over the next two months and having had the privilege of an early tasting, The Swashbuachaill can only raise a glass to these new arrivals and the continuing rude health of the truly burgeoning craft beer sector, seemingly unaware of the global economic meltdown.

One of the ironies of the Celtic Tiger-fuelled epicurean explosion was to be found every time you entered an Irish pub and were confronted by an absolute paucity of choice behind the counter, most especially if you were a beer drinker.

As farmer’s market stalls and the shelves of the better class of retail establishment groaned under the weight of magnificent Irish produce and brilliantly innovative restuarants sprang up all over the place, in offbeat rural locations as well as in the main metropolitan areas, choice for the gourmand grew ever more expansive.

But pity the poor pint-drinkin’ man with any bit of a palate at all, a most poorly served craythur, indeed. How would sir like his pint of urine —regular or Artic blue? (One of the primary benefits of chilling a beer to such a temperature as causes frostbite of the larynx is to mask most of the deficiencies in taste. Other than some of the fouler chemicals and preservatives, that is, which become ever more notable as the thermometer drops.) 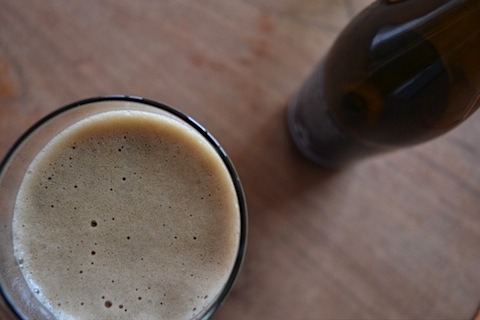 Furthermore, it appears these former national treasures were being increasingly tampered with, made blander and blander to target early drinkers in the student market, the only cohort still drinking in pubs in anything like large numbers but not long enough removed from sweeter, blander taste preferences of childhood to adapt to a richer, more complex beer.

And as for all the varieties of pisswater otherwise masquerading as lagers? Who cares? There is more integrity in a can of the much-maligned Dutch Gold, costing, as it does, a fraction of the price levied for beer of a similar quality. (BTW, the previous sentence is in no way meant to encourage the actual consumption of ‘Dutchie’!)

And having worked up a bit of a thirst with that little rant, time to slake it with a few bottles of Elbow Lane! 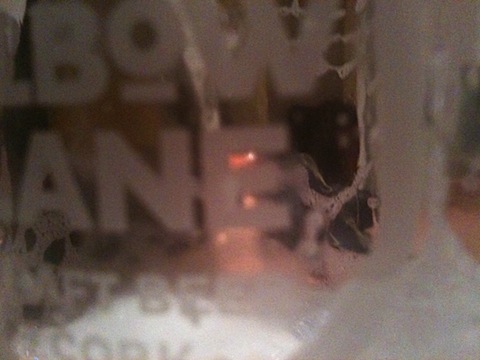 Classed by the brewers as ‘mild’, initial tasting does appear to confirm that but a little like a kid brother dressing up in your father’s funeral coat, what first appears mellow and a little sombre conceals a giddy little fizz. A tangy hoppy taste but not overly so strikes a nice balance between bitter and sweet. Very pleasant, fresh, lingering aftertaste. Easily drunk and not all alarming for a novice craft beer drinker, you could certainly blow the froth off a few of these on a sunny day. While cheese is usually reckoned to be the province of ale when it comes to pairing beer and food, I still reckon this, with its hoppy bite, might go quite nicely with a strong cheddar — Hegarty’s, for example.

A single malt brown ale, it has a fine fruity nose and strong hints of coffee, caramel and even banana on the tongue. Very mellow, it doesn’t overstay its welcome and is again, an easy entry point for any new craft beer drinkers. Cheese is the obvious one when it comes to pairing ales with any foodstuff but this would nicely complement an Irish stew or any number of pork dishes – belly pork roasted with star anise, lots of crispy crackling? 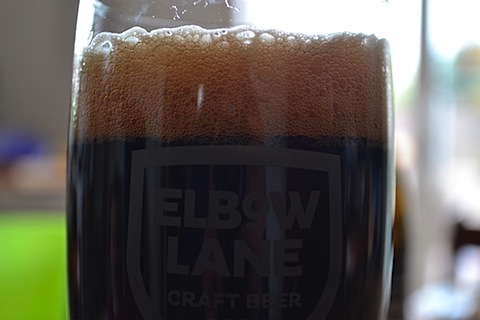 Despite being positioned as a full bodied stout, this is again a very mellow drinking experience, going down easily indeed, toasted, spicy undertones hinted at rather than bludgeoning their way around the gob. While more experienced craft beer acolytes might hanker after some of the stronger personalities available in the stout range, this really does make for very easy, pleasant drinking and could be nice with some simple grilled shellfish —mussels, oysters, perhaps?

Nobody starts a craft brewery without a wealth of knowledge and a deep appreciation of the range of tastes available to the craft beer drinker. By the same token, any new business, including craft brewers, must take some extremely pragmatic decisions to ensure survival and chief among those is knowing your market and and your market’s tastes.

The people behind Elbow Lane are Cork-based restaurateurs, owners of the extremely successful Market Lane, in Oliver Plunkett St, and the Castle Cafe, in Blackrock Castle. They also have a third restaurant coming online in Pembroke St, in the city centre, and should it follow the same model as its predecessors, will be another profitable venture. You see, up to now, they have proven to be amongst the most astute operators in the city when it comes to identifying a niche in the market and satisfying that niche very well.

They offer menus of decent food at fair prices, strong on local, seasonal produce but knowing their mainstream clientele as they do, veer towards the more conservative, safer offerings — molecular gastronomy will be left to others for the moment! Though longtime supporters of other craft brewers, offering Dungarvan Brewing Co Stout and Stonewell Cider along with the usual suspects, their overall philosophy appears to apply equally to their initial foray into the craft beer market – there’s nothing here to startle the horses. Any drinkers of the mainstream multinational beers will not be alarmed if persuaded to try something truly local for the first time.

In fact, there’s no doubt it will be a very enjoyable transition upwards from the usual muck they might favour, in other words, these are three really good gateway beers, the class of thing along with, say, Galway Hooker’s fine pale ale, that could open up a whole new liquid world to the ill-served traditional Irish beer drinker.

The nomenclature, the naming of the beers is very in keeping with the locavore ethos, all the beers named after former or existing laneways in Cork. Indeed, Elbow Lane still exists close to the Market Lane restaurant.

One other thing that can’t go unmentioned – the overall design is wonderful which comes as no surprise to any familiar with the work of John Foley at Bite, one of the country’s top designers. A subtle, underplayed yet strong label and logo in colours that echo the beautiful tones of the beers within all atop a beautiful old school brown long necked bottle, just like the traditional stout bottle off the shelf.

I have no doubt, should things proceed apace, there will be further beers to sample in the future, pushing the boat out a little further in terms of taste but equally I’m sure it will only be done at a pace their customers can handle. Well done, Elbow Lane, pull up a seat to the bar and join us!